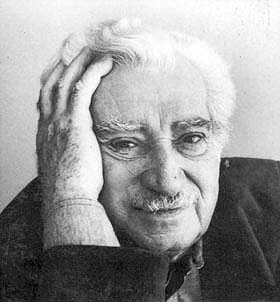 Exhibition curator and academic Ilana Goldstein describes her exhibition about the life of one of Brazil’s leading writers, Jorge Amado. According to Amado, “We did not want to be modernists but modern.”

A video glimpse of the exhibition “Jorge Amado and the Universal’

Jorge Amado (1912 – 2001) was one of the the most well-known Brazilian authors – in Brazil and abroad. Most part of his 33 books are translated into 49 languages and he has been adapted many times to soap-operas (television), films (cinema), theatre plays and cartoon.

Some scholars and critics from São Paulo and Rio de Janeiro have been sceptical about Amado, saying that his literature is too popular, too easy to read. But despite his apparently funny and easy style, his novels are well constructed, he was a very cultivated person (friends with Picasso, Neruda and Sartre, for example) and really concerned with national problems and issues – which underlie his fiction.

The exhibition was a celebration of the 100h Birthday of Jorge Amado. It was on in São Paulo untill the end of June and then toured to Salvador, Bahia, maybe Recife, Frankfurt and probably other cities, not yet confirmed. The show is sponsored by Santander bank, using the Lei Rouanet, a federal law which allows sponsors to pay less Income Tax (saving almost the same amount given to the cultural project).

The rooms of the show

1. The tile wall in the entrance

Getting out of the lift, the visitor will see a big tile wall. It has two senses. First of all, it alludes to the traditional architecture of Salvador. Old colonial buildings are traditionally decorated with blue-and-white tiles. The houses of Jorge Amado and all his friends (artists, writers from Bahia) in Salvador are also decorated with tiles, but replacing the traditional Portuguese drawings by sentences and quotes carefully chosen, that welcome guests.

The second reason of the wall to be in the entrance of the show is to suggest that the public leave behind all its prejudices and all television images linked to Jorge Amado. The surprise effect is obtained through the reading of the sentences, which deal with history, the mission of the artist, ethics, universal questions. The quotes are not signed, so that for some seconds the person asks himself/herself: am I in the correct floor? “Are these sentences really from Jorge Amado? They have nothing to do with the clichés I have always had from him…”.

The first room is devoted to Amado´s characters. Nine LCD screens show 3 minute-films about nine selected books and its main characters. The names of these chosen characters are written in the wooden walls around the room. But this is just an “appetizer”, for Jorge Amado has created more than 5.000 characters! Our way to represent that huge universe was writing the names of other 200 characters in the colourful back wall of the room. The small ribbons remind the typical souvenir from Bahia: “fitinhas do Bonfim”.

The scenography of this room and of the rest of the exhibition is composed by urban “ready-made” objects: washbowls, market boxes, book shelves etc. Nothing is fake, little was fabricated for the show. They remind the popular and collective daily life of Bahia, which was the main source of inspiration for Jorge Amado. The scenographical choice has a reason. The writer said he didn´t make up things: he used to write about people he had known and situations he had experienced in the streets of Bahia, of course adding imagination and poetry to them.

In the 1930s, 1940s and 1950s Jorge Amado was very engaged in left-wing politics. He became a member of the Brazilian Communist Party (PCB), he travelled to many socialist countries in East Europe, and he was even elected as a congressman in 1946. As a congressman, he proposed two very important legislative changes: one in the the Copy Right Act and the other in the Religion Act. He was responsible for approving the cult freedom in Brazil. Even if he was an atheist himself, cultural diversity was very precious for him. He had seen Afro-Brazilian temples being invaded and destroyed by the police in his youth and that really touched him.

During 25 years, Amado´s fiction was influenced by his political concerns. Strikes, poverty, hunger are common elements of the books in this moment. Amado has also published a lot of newspaper articles in this period, working as a journalist and as an editor. This fact explains the scenography of the room.

But in 1954 he found out all the crimes committed by Stalin. At the same time, he was tired of the rules the Party imposed to communist writers. So, he decided to get out of the Communist Party and to devote himself exclusively to his literature. The first book of this second period of his work and life is Gabriela, Clove and Cinnamon, published in 1958. His fiction changes a lot then, becoming funnier and lighter. Gabriela receives many prizes and sells very quickly.

The third room of the show deals with the cultural mixture characteristic of Brazilian society. In the United States, for example, people classify themselves as blacks or whites. But in Brazil the identification process is much more complex. First of all, people don´t think about races, they think about colours. And they don´t think in a dualistic way. In 1976, the government let the question “What is your colour?” open in the census. The result was a list with 136 different answers, comprising from “dirty white” to “light black”, from “sun tanned” to “pale”, from “green” to “blue”. This funny and impressive list is reproduced in one of the room walls. Jorge Amado was very sensitive about this Brazilian feature and in his novels we have found dozens of different manners of describing the colour of the characters as well – which are reproduced in the opposite wall.

A second important element in this room is the religious syncretism, represented by the various religious elements coming from Afro-Brazilian cults as Candomblé and Umbanda, but also from Catholicism, Judaism and Islamism. In Amado´s books, some characters combine different beliefs and all these religions appear in a respectful way. It was another way for the writer to spread his message of tolerance and cultural exchange.

Love, sex, prostitution and sometimes pornography or sexual violence are frequent elements in Amado´s fiction, specially after Gabriela (1958). It is a way to celebrate the pleasures of life but also to talk about social relations in another manner.

The neon lights in this room contain names of brothels that appear in Amado´s novels. Brothels were central institutions in Brazilian society in the 1rst half of the XXth century. Housewives were shy and repressed. Men were almost authorized to visit whorehouses – including Amado´s father, uncle and the writer himself. Men made business, discussed arts and decided politics in these places. Extracts from Amado´s book dealing with these subjects are shown inside the light boxes.

A second subject present in this room is the “jeitinho brasileiro”, or “the Brazilian way”. Since colonial times, as the historian Sérgio Buarque de Holanda has already written in 1936, Brazilian tend to erase the limits between public and private spheres, avoiding to follow rules, using the law only when it seems interesting, asking personal favours instead of achieving formal rights. On one hand this brings much flexibility to our society. On the other other hand, it is dangerous for the development of the country, because everything that is official and formal tends to be disdained and only what is connected to friendship and affection seems to be desirable. Some of the texts in the light boxes bring parts of Amado´s books that translate this “Brazilian way”.

This is the last and biggest space of the exhibition. Some of its highlights are:

After all, one of the impressions we think the exhibition will leave is the mutual relation between representations and reality: Bahia/Brazil has become similar to Jorge Amado’s portrait and, at the same time, the writer looked and acted like one of his characters.