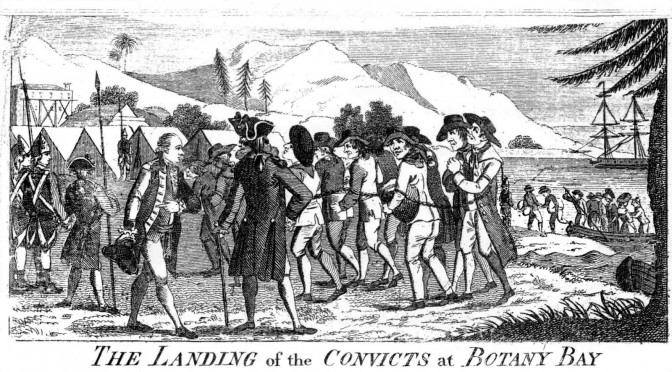 The call to boycott the Sydney Biennale has brought up larger questions about the governance of border control in Australia. The following video by Crossborder Operational Matters argues that Australia is currently a proving ground for techniques of refugee control.  It claims that Australia’s policy of mandatory detention has now been exported to other countries, including China and Israel.

transfield and the sydney biennale from Beyond Borders on Vimeo.

The situation has resonance with latest developments in Southern Theory.

Raewyn Connell’s latest article (with Nour Dados) in Theory and Society  ‘Where in the world does neoliberalism come from?’ pursues her interest in Southern Theory to consider the impact of a perceived Northern ideology of economic rationalism. Rather than passive victim, they argue that the South is an active agent for neoliberalism, responding with a growth in the informal economy that was not part of the original plan. The breakthrough in their article is to identify a need to account for the role of implementation in understanding the effects of global ideologies. Though the Naomi Klein narrative of poorer countries persecuted by the ‘Chicago boys’ seems to champion the interests of the South, it still goes not account for the South’s own role in this, beyond the political elites.

Connell and Dados are critical of the way standard accounts of neoliberalism focus on financialisation rather than trade:

This problem is connected with the habit in analyses of neoliberalism, noted earlier in this article, of separating the theory from the practice, and treating the making of market society on the ground as the (imperfect) enactment of a pre-formed ideological template. This is particularly unfortunate when thinking about neoliberalism in the global South, as it downplays the agency of Southern actors in the formation of the neoliberal order.

Crossborder Operational Matters go further to argue that practices forged in the South can then have an influence in the North. In a similar fashion, the Comaroffs’ Theory from the South argues that the North is now following an African model, entailing corruption and state privatisation.

But is this relevant to art? Sydney Biennale curator Juliana Engberg confesses to a Scandinavian humanism: ‘I’m not a sledgehammer curator. I don’t like didactic much; politics is best encountered through storytelling.’ Yet in studiously avoiding didacticism, Engberg has created a vacuum that other politics will come to fill. Inadvertently, the Biennale has now become a forum for discussion Australia’s role as a pioneer in border protection through exemplary cruelty.