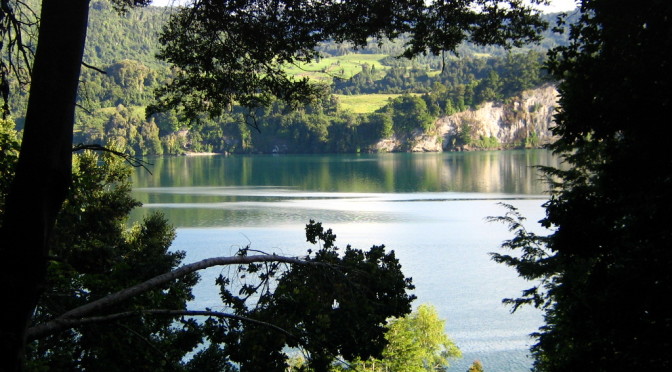 for abo-origin people this land is the dreaming

[Image is a window to the south of Chile, a place in Puyehue (9th region) which means place of puyes (a fish in Mapudungun) due to its clear rivers; taken by Patricio Gonzalez]

Sergio Holas-Véliz was born in the port town of Valparaíso, Chile, and migrated to Australia in 1988. He holds a Teacher of Spanish Degree, a Master Degree in Hispanic Literatures, both by the Pontificia Universidad Católica de Valparaíso, and a PhD in Philosophy by the University of New South Wales. His poetry as well as translations have been published in Babab (Spain), Letralia (Venezuela), Arena (Melbourne), Social Alternatives (Queensland), Australian Poetry Journal , The Capilano Review (Canada), Rabbit Poetry Journal (Melbourne) and El espíritu del valle (Chile). He has published three poetry books that deal with the precarious power of language and decolonization: Distancia cero (Zero Distance); 2004), Ciudad dividida (Divided City; 2006) and Paisajes en movimiento (Moving Landscapes; 2013).He has  two completed poetry manuscripts in English,  Adelaide. Ramblin’ in My Mind. Meditations Upon Emergent Occasions(2013) and Wrinckled Fire & Other Commodities (2014)waiting publication. He is co-translator of Poetry of the Earth: Mapuche Trilingual Anthology, a Mapudungun, Spanish and English Anthology of seven Mapuche poets from the region of La Frontera in the south of Chile, published by IT Press in December 2014.  He has taught Spanish Language and Amerindian Literatures/Oralitures at various universities in Chile , New Zealand and Australia. He is currently Head of the Department of Spanish Studies at Adelaide University”.