Fortuitous circumstances (for me, not so much for Harriet) led to an invitation to Tahiti to join the jury of the Pacific Documentary Film Festival FIFO in late January 2011, standing in for the Australian Director’s Guild’s Harriet McKern. At short notice Harriet had to decline FIFO’s offer due to pressing work commitments with the fast approaching ADG Conference. My hesitation took about as long as it takes a falling coconut to hit the ground cracking.

FIFO is in its 8th year and is expanding its horizons. This year the festival hosted a pitch session (for the 2nd time), screenings of short films from the region, a (drama) script development workshop, and a conference on regional media and broadcasting. The short films screening included a number of Australian films. FIFO has developed a partnership with the French Cabourg International Film Festival, and this year screened Cabourg’s 2010 prize winning feature and short drama. Australian films have traditionally done well at FIFO; last year a major prize went to Amiel Courtin-Wilson’s Bastardy, and Charlie Hill-Smith’s Strange Birds in Paradise was among the films screened. 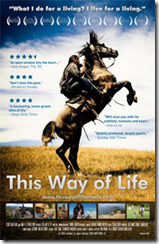 Poster for 'This Way of Life' directed by Thomas Burstyn

This year there were 15 documentaries selected for competition and around 30 screened out of competition. The screenings were very well attended, with most films screening on three or four occasions over the six days of the festival. Filmmakers from Australia, New Zealand, Hawaii and elsewhere in the region attended. A number of Australian films were selected and two won major awards. The Jury’s Grand Prix went to Contact (Bentley Dean, Martin Butler, 78 minutes, 2009) and one of the three Special Jury Prizes went to Kuru: the Science and the Sorcery (Rob Bygott, 52 minutes, 2010). The other two Jury prize winners were New Zealand films. Trouble is My Business (Juliette Veber, 83 minutes, 2009), an observatory documentary dealing with the travails of an energetic vice-principal in an East Auckland school looking after Islander and Maori students and This Way of Life (Thomas Burstyn, 86 minutes, 2009), a sympathetic portrait of struggles and utopian life-style of Maori Christian couple Peter and Colleen Karena, their six kids and 50 horses, as they deal with family trauma in New Zealand’s idyllic Ruahine Mountains.

The People’s Choice audience award went to Lucien Kimitete (Dominique Agniel, 52 minutes, 2010), a Canal+ television account of the life and work of a much loved Marquesas politician and activist who disappeared along with his colleague Boris Léontieff and two associates when their small plane crashed into the sea in May 2002. No wreckage from the plane was ever found. The film acknowledges that many people in the region harbour suspicions about the plane’s disappearance, as Lucien Kimitete and Boris Léontieff were expected to assume power in immanent elections and their effective advocacy of local self-determination threatened the status quo. It is not an investigative film, but rather a wistful celebration of Lucien’s dedication that inspired a generation with the transformative power of traditional Marquesas culture.

FIFO is deeply engaged with these questions of culture and identity across Oceania and particularly alert to the role of documentary and other media forms to the future of French Polynesia. Environmental issues are urgent – last year’s Grand Prix went to a New Zealand film on global warming in the region There Once was an Island: Te Henua E Noho (Briar March, 80 minutes, 2010) – development, underdevelopment and social issues associated with economic uncertainty are balanced against the struggle to sustain a variety of Polynesian cultural identities. ‘Authenticity’, identity politics and self-determination across Oceania animate FIFO’s purpose. Take the Australian prize winners. Bentley Dean’s Contact is a beautifully realised cinematic essay reminding us that among the histories shared by the peoples of Oceania is the devastating encounter of Indigenous peoples with European culture, and in particular its weapons of mass destruction; themes clearly recognizable in French Polynesia. 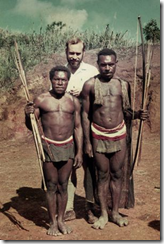 Dealing in cannibalism, sorcery, scientific animal experimentation and ‘white man’s magic’ Rob Bygott’s Kuru boldly enters treacherous story territories of anthropology and colonialism in Papua New Guinea without a skerrick of vulnerability to accusations of ‘Orientalism’. The film delivers a deeply moving account of the value of meticulous ethnographic documentation and rigorous scientific curiosity that resulted in the discovery of a new mode of long gestation transmissible disease. The film works through conventions of the science and history specialist factual genre; but here the filmmaker has nourished the documentary content, transcending the tendency of specialist factual to flatten emotional engagement. Rob Bygott’s treatment has deployed shockingly confronting archival footage against warmly intimate testimony from the Fore people of New Guinea’s Eastern Highlands, and this combined with the persuasive humanitarianism and dedication of the film’s main protagonist Michael Alpers, offers an intellectually rich and intriguing narrative beyond both cultural and genre boundaries. The film becomes an exemplary instance of cross-cultural communications where an Indigenous community of Oceania are at the centre of the world.

New Zealanders or Australians made most of the films in competition this year, and were most prominent in the documentary program and short films screened. Much of the work originating locally owes a lot to magazine television. The Polynesian world is abundantly rich in powerful documentary stories. Local people may not yet have had an opportunity to gather together the resources necessary to articulate their own stories in their own documentary voices. Which brings me to the conferences.

The (3rd) ‘Digital Encounters Polynesia’ conference and (5th) Pacific Television Conference held in conjunction with FIFO delivered results. Digital broadcast has recently extended Polynesia’s television offerings, with the familiar attendant questions of ‘choice’ and cultural sovereignty. And a newly installed underwater cable (‘Honotua’) owned by the French Polynesian Telco offers potential for greater broadband communications. This is the context in which there was an agreement signed between France Televisions and the ABC that will allow, among other arrangements, the two biggest media organisations in the Pacific to share footage and content recorded in the field, which will allow for a much greater diversity of content. This will increase both English and French content in the Pacific and has been a long time coming. The deal will allow more stories from English language Pacific nations to make their way to French Polynesia and also provide mechanisms for more stories from the region to make their way back into Australia. Arrangements are in train to establish a syndicate, led by the ABC that will collate and share stories and raw footage from local and regional broadcasters. The conference also resolved to work toward a Pacific film fund to act as an incentive encouraging more independent film production from the diverse Pacific nations. This may take a little longer. 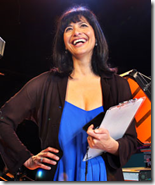 At FIFO this year the ABC was well represented by Radio Australia. Neither SBS nor ABC TV participated in the festival, conferences or the pitch environment. However New Zealand’s Maori TV provided an encouraging model of progressive television in the region. FIFO Jury member and Head of Programming at Maori TV Carol Hirschfeld is a strong supporter of documentary. She recognises the opportunities that creative documentary offers for informed dialogue across the region.

Australian documentary filmmakers may envy this commitment. Overall there is a sense of optimism as new networks of culturally diverse media production and distribution emerge across the region. These kinds of events are always eye-openers. We have tended to assume Australia as a kind of European outpost in the Asia-Pacific geography. There is another welcome perspective available in this Oceania imaginary so generously hosted by FIFO.

Apart from the warm and convivial hospitality from the festival, non-stop inspiring meetings with the like-minded from around the world and the region, and the exquisite tropical island environments, what’s a take-home message from FIFO? Don’t miss it, it will do you good. Thanks heaps Harriet; I owe you.