The International Conference on “University Leadership for Integrating Knowledge Diversity for Sustainability” scheduled for October 2012 is taking place at a most turbulent time in the lives of universities and higher education.

At the global level, despite numerous declarations and initiatives to formulate and implement more just, resilient, environmentally sustainable policies, change has come slowly, in fact too slowly, for the planet.

Post Rio+20, higher education (HE) was to play a more critical leadership role in the changing intellectual landscape especially in the effort to redefine the paradigm of knowledge and learning at least at the institutional level and bring this in line with sustainability directives.

However, the HE system is not finding it easy to transform itself to meet the requirements of the new construct required with a clear change in purpose. The challenges expected include the extensive reorganisation and transformation of knowledge to enable universities to allow for a more integrated approach to address urgent and serious global issues and overall strengthening of the capacity of social science to generate socially useful, culturally harmonious and relevant knowledge and information.  Hence the proposed October Conference.

The new approach which the October Conference seeks to host proposes to cut across conventional knowledge disciplines and is encompassed within a holistic framework which includes careful study, revalidation and use of thousands of non-western technologies, values and wisdom that have been generated in diverse, local, national and regional contexts.

The conference follows closely on the themes of the international conference on “Decolonising Our Universities” held by Universiti Sains Malaysia in June 2011. However, where the earlier conference dwelt largely on a comprehensive critique of the existing – admittedly Eurocentric – university system and the need to change, the AiU October Conference proposes to transcend those boundaries and provide leadership in the challenging sphere of revalidating culture-based knowledges, in addition to proposing alternative knowledge structures that further sustainability and sustainable livelihoods, thereby strengthening social science.

The conference will be of two full days’ duration on both the proposed themes and will host approximately 100 people both from the international arena and from Malaysia. It will commence on 5th October (Friday afternoon) and conclude on 7th evening. There will be an official opening ceremony and two key note addresses for each of the sub-themes.

Call for papers.
We are pleased to inform you that the Department of History and Civilization, IIUM, with the collaboration of International Institute of Islamic Thoughts and Civilization (ISTAC) and the National Archives of Malaysia will be organizing the above programme at ISTAC, IIUM KL Campus on 17th-19th April 2012.

We are inviting you to contribute generously by sending abstract to the conference. You may send your paper in English, Arabic and Bahasa Melayu or Indonesia. We have an editorial board to look your abstracts and papers to make them publishable.
Kindly visit our website for further details: www.ICCD2012.com 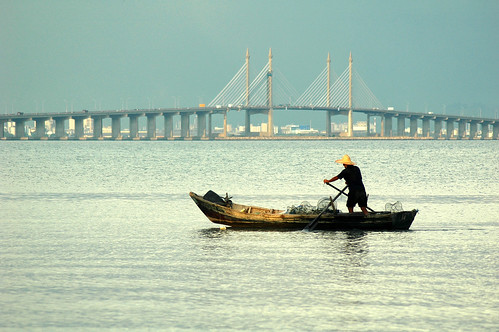