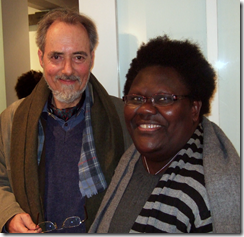 A dialogue with Sana Balai and Kirk Huffman

‘Knowledge wants to be free’ is a mantra of the information revolution. The concept of enlightenment is based on the assumption that knowledge is a good in itself, and that any limit on its access is a feudal barrier that fosters prejudice. The recent rise of Wikileaks continues this campaign of liberation through transparency.

But should all knowledge be publically accessible? The Indigenous Fijian Vanua Research Framework advocated by Unaisi Nabobo-Baba contextualises knowledge in the interests of Pacific peoples. Within this framework, knowledge is exchanged with the same kinds of obligations as other gifts. There are times, when silence is the most appropriate form of expression.

In the region, museums play a key role in presenting traditional cultures to the broader public and the western gaze. So how do museums negotiate their public mission to put other cultures on display with opposing Indigenous protocols to control knowledge by ritual means.

Two speakers with extensive experience in putting Melanesian culture into museums will reflect on how to negotiate across knowledge systems.

Sana (Susan) Balai was born on Buka Island, Autonomous Region of Bougainville in Papua New Guinea. An applied science graduate, Sana spent more than 13 years working for Bougainville Copper Limited (CRA/Rio Tinto subsidiary) in the Analytical, Environmental Research and Development Studies Laboratories (Bougainville, PNG), Pilbara Laboratories Niugini Limited (Lae, PNG), and PNG Analytical Laboratories (Lae, PNG). Sana began her museum career in the Indigenous department at Melbourne Museum, 1997-2002, which led to her employment at the National Gallery of Victoria in July 2003. A member of Pacific islands’ Advisory committee to the Melbourne Museum, 1994-99 and a member of the planning committee of Pacific Islands’ festival held in association with the 2006 Commonwealth Games. Sana is an active member of the Papua New Guinea community in Melbourne; she was recently appointed Community Liaison (Victoria) for the Board of Australian Association for the Advancement of Pacific Studies in April 2010. Sana is an assistant curator of Indigenous art/curator of Pacific art with the National Gallery of Victoria.

K.Huffman pursued studies in anthropology, prehistoric archaeology, and ethnology at the universities of Newcastle-upon-Tyne, Oxford and Cambridge in the UK. Beginning with fieldtrips into parts of the Maghreb, and the northern and western Sahara, he has concentrated on working with traditional cultures in Vanuatu since 1973. From 1977 until the end of 1989 he was Curator (National Museum) of the Vanuatu Cultural Centre, and still returns regularly to Vanuatu, where he has so far spent just over 18 years working with the peoples and cultures. He has also worked with traditional cultures in parts of South America, the Solomons, and with peasant cultures in the western Mediterranean. Based in Sydney, he is currently Honorary Curator, Vanuatu Cultural Centre, Vanuatu; Member, Scientific Committee, Museum of Tahiti and the Islands, Punaauia, Tahiti (French Polynesia); Corresponding Member, Institute of Advanced Studies, (university of ) Nantes, France; Research Associate, Australian Museum (Sydney), and Honorary Associate, Macleay Museum, University of Sydney. He has published and lectured widely in several languages, and has been involved in the production of numerous cultural radio and television documentary programmes from the 1970s to the present day.