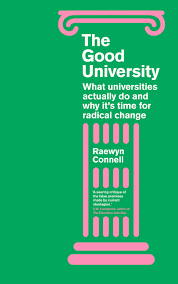 how does datafication unfold in countries with fragile democracies, flimsy economies, impending poverty? Is our conceptual and methodological toolbox able to capture and to understand the dark developments and the amazing creativity emerging at the periphery of the empire?

Source: Big Data from the South: The beginning of a conversation we must have – DATACTIVE

The chapter reflects on research that rethinks classic concerns of comparative and international education – the relationships between education and work and the role of education in development. The promises of knowledge-led economic growth have instead yielded increased inequality, poverty, environmental degradation and a decline in the quality of life for the majority, whether in advanced economies of the North, or least developed economies of the South. For education and training systems, the ability to understand these complex social, economic and technological challenges, interpret implications and integrate new practices in response, becomes critical. We reflect on the use of an innovation systems approach in the South, over time, to investigate the ways in which higher education responds to and interacts with, demand for skills from the economy. By highlighting the role of university actors and their interaction in networks, comparative and international researchers can move beyond dominant human capital accounts that focus only on the responsibility of higher education to become more responsive to firms, or on individuals to prepare themselves to be more employable, in a mechanistic reactive manner. This is a promising new emphasis for comparative research. 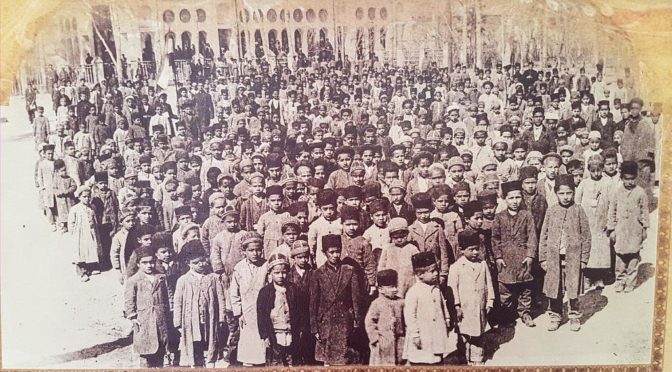 In a recent article for Thesis Eleven, Nikos Papastergiadis argues that “the idea of the Global South is now over.” From the optimism of Bandung, he traces a growing complex and critical understanding of “uneven development”.  As an art theorist, his focus is particularly on its identity in global events such as Documenta. His analysis of Okwi Enwezor’s Documenta XI and Decolonial AestheSis is illuminating, but his overall scepticism about the South as a framework is not as productive.
Of course, any overarching concept leads inevitably to homogenisation, which must be resisted critically. This critique can be useful if it leads to a more responsive framework, rather than a disavowal of the political arena.
The problem with Papastergiadis’ writing is that it returns inevitably to the personal. A reader would be forgiven for expecting some alternative framework or concept emerging from this critique. Instead, we have “a couple of stories about the South and narrate the difficult relationship between art and politics from a more personal perspective”. The two anecdotes are incidental exchanges regarding personal trust between participants in global forums.
In the Santiago gathering of the South Project, the South African curator Kwesi Gule spoke about the “lucky turkeys” who attend such events. He referred to the practice of sparing a turkey before the annual bird sacrifice of Thanksgiving, drawing a parallel with the fortunate exceptions of disenfranchisement that are lucky to attend such global gatherings. I don’t think this should stop us meeting, as the face to face live argument is so important for generating the kind of revelations that Gule made. But we should always be critically reflexive of our own position in speaking for others.
While such gatherings favour the bold unmasking of illusions such as the Global South, they don’t always take cognisance of the role these frameworks can play in sustaining hope and solidarity outside the seminar room.
Hardt and Negri show an awareness of this in their support for a pre-postmodern concept of truth:

The postmodernist epistemological challenge to ‘the Enlightenment’ — its attack on master narratives and its critique of truth — also loses its liberatory aura when transposed outside the elite intellectual strata of Europe and North America. Consider, for example, civil war in El Salvador, or the similar institutions that have been established in the post-dictatorial and post-authoritarian regimes of Latin America and South Africa. In the context of state terror and mystification, clinging to the primacy of the concept of truth can be a powerful and necessary form of resistance.
(Michael Hardt & Antonio Negri Empire Cambridge, Mass.: Harvard University Press, 2001, p. 155)

Papastergiadis’ language is threaded with poetic phrases. He describes how “a new kind of `cartography’ is woven into existence: one that is constituted through the choreographic manoeuvres that interweave motion and mooring.” While enchanting to read, and particularly to hear, such a expressions rarely provide a proposition for thinking.
If someone is going to claim the “end of the South”, they should provide an alternative that can respond to the need for solidarity and understanding between peoples and their communities.
Perhaps instead, we can look at an end to the South in a purely academic sense, and seek instead for forms of action that can further the kinds of relationships that the idea of South inspires.

Papastergiadis, Nikos. 2017. “The End of the Global South and the Cultures of the South.” Thesis Eleven, June,
Raewyn Connell continues to provide for an engaged version of “southern theory” in her work with unions, gender activism and development of workshops. Bruno Latour’s Reset Modernity project is also an exemplary model of how academic practice can seek broader engagement.
Platforms for a more pragmatic use of the South can be found in South Ways and Joyaviva.
Image is from the Museum of the Constitutional Revolution, Isfahan, Iran

Critical Times seeks to reflect upon and enact forms of transnational solidarity that draw upon critical theory and political practice from various world regions, calling into question hemispheric epistemologies in order to revitalize left critical thought for these times. Critical Times is under the editorship of Juan Obarrio. 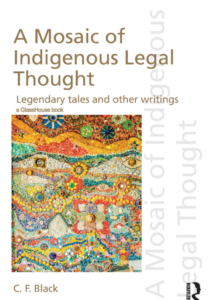 “Global South: A Colloquium” – presented by the Institute of the Humanities and Global Cultures, November 16-19, 2016
University of Virginia

Sarah Nuttall (Literary and Cultural Studies, University of the Witwatersrand)

Historically, the idea of the ‘Global South’ can be traced to the Brandt Report of 1980, which posited a divide between countries of the North and South according to technological development, GDP, and standard of living. A cultural genealogy of the term stretches back even further to the 1955 Africa-Asia Conference in Bandung, Indonesia, which inaugurated ‘Third World’ collaborations, decolonization movements, and heralded a sustained engagement with the postcolonial as an historical epoch.

Notwithstanding these specific genealogies, ‘Global South’ today appears as an unsettled and unsettling frame from which to contemplate the world. Some think of it as a post-Cold War era replacement for the ‘Third World’ (and so primarily covering Africa, Latin America, South and Southeast Asia, but not Europe, America and the Mediterranean worlds), while others use it synonymously with the idea of underdevelopment and deprivation wherever these are found. Yet others see it as a ‘frontier in the unfolding history of neoliberal capitalism’ and a window from which to grasp the conditions of intelligibility of our global present: historical, cultural, aesthetic, political, environmental, biomedical and technological. The antinomy with the more privileged Global North persists both in the domain of political economy and in culturalist perceptions of a decolonial reinvention and invigoration of non-Western lifeworlds.

As will be obvious from the above, the idea of the ‘Global South’ has varied inflections across the disciplines. An economist’s understanding of it does not converge with that of a historian or a literary scholar or even that of a media specialist. At the same time, the paradigmatic force of the term is not in doubt, one that makes intelligible larger constellations of meaning beyond the specific historicity of its origins in a postcolonial and post-Cold War world. The Global South currently exists at the confluence of and tension between systems of knowledge and ways of conceptualizing space, habitations, cultures, aesthetics and political economy. Our colloquium will explore the many dimensions of this concept – philosophical, historical, political, spatial and aesthetic – as they inform contemporary scholarship.

Source: “Global South: A Colloquium” – presented by the Institute of the Humanities and Global Cultures, November 16-19, 2016 | IHGC